O.J. Mayo: By the Numbers 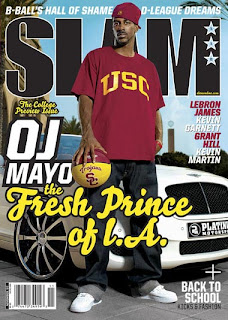 Although it's still relatively early in the college basketball season, USC freshman point guard O.J. Mayo has been the beneficiary of a massive amount of media hype. His arrival in Southern California was heralded with dizzying pomp and circumstance. Because of Mayo's star power, USC -- a school with little basketball tradition -- has been a fixture on national television this season.

But the jury is still out on whether or not Mayo is good for USC basketball. In high school, Mayo had a reputation for being a punk and a selfish basketball player. He had several off the court transgressions and had jumped from high school to high school. Yet he was also widely considered to be the best player in the class of 2007 (even though he was already 20 years old).

USC knew what they were getting into when they signed Mayo. And the electronic and print media (who have pushed O.J. Mayo down college basketball fans' throats) had to understand that anointing Mayo as college basketball's new golden boy was a risky proposition. But, despite having broken a teammate's jaw during a practice altercation and twice being held out of the starting lineup for disciplinary reasons, Mayo was impressive in his first few college outings. He may have thrown up a gazillion shots, but his talent was undeniable.

However, nearly six weeks into the college season (and with the conference season rapidly approaching), O.J. Mayo's faults are starting to become apparent:

Mayo ranks sixth in shots attempted for all Division I basketball players.

And with 36 turnovers through 8 games, Mayo had the second worst assist to turnover ratio in college basketball.

Thus, according to nbadraft.net (which is, admittedly, not the most reputable of sources), O.J. Mayo's draft stock is dropping:

"people were expecting LeBron, and he just isn't that caliber of talent .... his point guard skills and shot selection have been suspect at best through the first nine games of his college career.

Two straight four point losses in which May shot 6-20 and 6-21 have taken the Trojans out of the Top 25.

Mayo needs to limit the bad shots and look to pass the ball .. Mayo is already 20 years old leading some to question his upside. He doesn't show much ability to elevate his teammates' play, and his early season run in with Daniel Hackett (broken jaw) added to the speculation that the troublemaker reputation he'd built in high school was still true."

Drive and Dish offered it's opinion of O.J. Mayo at the start of the season. And after having seen Mayo through his first 9 games, we stand by that opinion.
Posted by S.K. at 6:29 AM

One day O.J. Mayo will waltz the Vienna Opera Ball with Austrian skier Kathrin Zettel. His swift moves on the court will transfer to the sheer elegence of the dancefloor.

That's brilliant. I don't know why I didn't think of that.

And I'll wait with baited breath until that day comes. But Mayo won't be a good waltz partner if he doesn't first learn to be a better teammate. Kathrin Zettel deserves that much.

... then O.J. Mayo could may a t-shirt saying "Viennangeles" 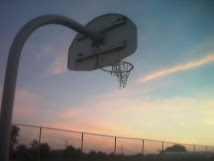